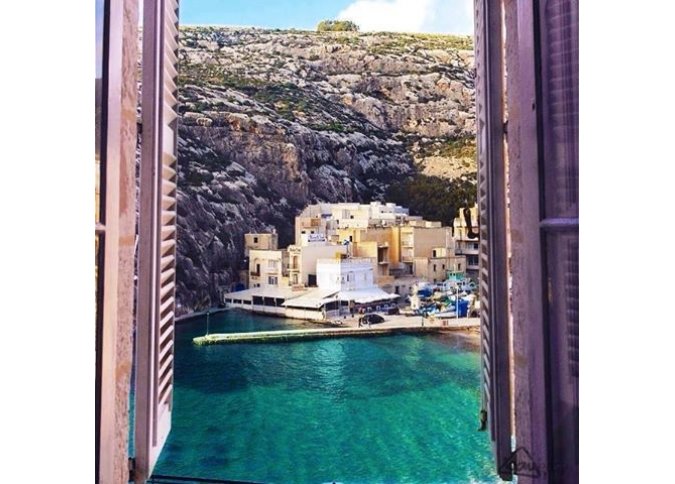 Forget Croatia and Ibiza, your next group holiday should be to Malta

Forget Croatia and Ibiza, your next group holiday should be to Malta

Chances are if you’re embarking on a big group holiday you’re thinking about somewhere like Ibiza or Croatia.
Nice enough places for sure, but really you should be thinking about Malta.
With 300 days of sunshine a year, you’re guaranteed blissful rays on sandy beaches.
Pair that sunshine with an emerging music scene from an island big on reggae and dance music and you’ve got a cracking holiday on your hands.
And, unlike Ibiza, it won’t cost you a small fortune to have a good time.
Here are some other excellent reasons to head to the sunny island.

Unlike Croatia’s rocky coves, Malta has gorgeous sandy beaches. Head to the north of the island to loll around on long stretches of them.
Golden Sands is one of the most popular and quickly fills up with hordes of colourful umbrellas and beach towels.
It’s a brilliant spot if you want to splash around the sea with your mates and make a lot of noise because the rest of the friendly crowd is doing just that.
There is a bar that sells snacks and ice-cold beer, but if you fancy splurging on a posh lunch in the hotel is perched on the cliffside overlooking the beach.

If you’re looking for somewhere a bit quieter to nurse a hangover or get in some serious tanning hours the Ghajn Tuffieha beach (also known as Riviera) is
a 15-minute walk from Golden Sands down a dusty road filled with the sweet scent of flowers.
The steep stairs down to the beach put some people off, but it’s well worth the hike as en route is the Ghajn Tuffieha Tower, a watchtower that’s been knocking around since 1637 and has incredible views of the coastline.
The first stretch of beach is filled with sunbeds but walk a little further on to find a couple of secluded coves to while away sunny afternoons.

Over the past few years, Malta has been building itself up as a leading destination for dance music, with things really kicking off when Annie Mac presented the first Lost & Found festival back in 2015.

Since then the island has hosted the likes of Disclosure, David Guetta, Stormzy and Mark Ronson.

At the heart of the club and festival scene lies Uno Village, an outdoor club filled with twinkling lights and luscious plants.
This summer they’re hosting Creamfields and The Sound You Need, with boat and beach parties during the day and dancing around the many stages of the club at night.

The port and Paceville in St Julian's day and night in Malta.

Don’t be fooled by the sleepy daytime vibes of the port, the area called Paceville is a whole different world. If you’re looking for a slightly classier and smaller version of the strip in Magaluf, this is the place for you.

Day and night you can dance and drink at St George’s Bay beach and when darkness falls dozens of clubs and bars hustle for your attention by offering free shots on entry. Cheers to that.

The gorgeous streets of Valletta.
Just because you’re chiefly on holiday with your mates to drink, dance and sunbathe, it doesn’t mean you can’t do one day of sightseeing.
The capital city Valletta is absolutely tiny (just 900 metres long and 650 metres wide), but it’s packed with interesting sights.

View from the gardens
Start the day off with a stroll around the Upper Barrakka Gardens where you’ll find stunning views of the harbour, plus a statue of Winston Churchill.
Until 1964, Malta was a colony of Britain so, alongside good old Churchill, the island is home to red telephone boxes, a statue of Queen Victoria, an M&S and possibly
the only BHS left in existence.

No chance of getting homesick here.

Then it’s a short stroll to Casa Rocca Piccola, which has been the home of the Maltese nobility for the last 400 years. In fact, they still live in it.
We ran into the son who explained his Dad refuses to chuck anything away, which is our gain because the result is an impressive collection of paintings and a billion
fascinating nicknacks from the past.

Ranzo Piano new parlament building in Valletta, Malta.
Finish off the day with a stroll around the new parliament building designed by Renzo Piano.
He’s the guy who built the Shard so, as you might expect, the building was highly controversial with locals.

By this point, you’ll be hankering after a drink.
There’s plenty of bars to check out on Strait Street, which was the home of the red light district back when the British navy was knocking about in colonial days.
There’s still a vintage vibe, only now there’s fewer women of the night and more cocktails.

You’ll find the water crystal clear, warm and beautifully blue wherever you are on the island, but the most stunning spot is the Blue Lagoon on the tiny island Comino, a 25-minute ferry away from Malta.
It’s worth getting up early to swim in paradise before the rest of the crowds arrive, or you can get a private boat cruise that takes you to the Blue Lagoon for the whole day and includes a buffet lunch and unlimited wine and beer.

Yes to pasta all day every day.
Sicily is Malta’s nearest neighbour, so pizzerias are in abundance and the pasta is out of this world good, topped with fresh fish and locally grown vegetables.
If you feel like laying off the carbs (though you’re on holiday so why would you?), try other local specialities such as delicious rabbit stew laden with garlic and fresh herbs or freshly caught octopus.
Most of the restaurants in Valletta are beautifully decorated spots and perfectly nails the local dishes and serves up some of the best pasta in town.

See Properties in Malta and Gozo